12 Things You Should Know About “Halston” 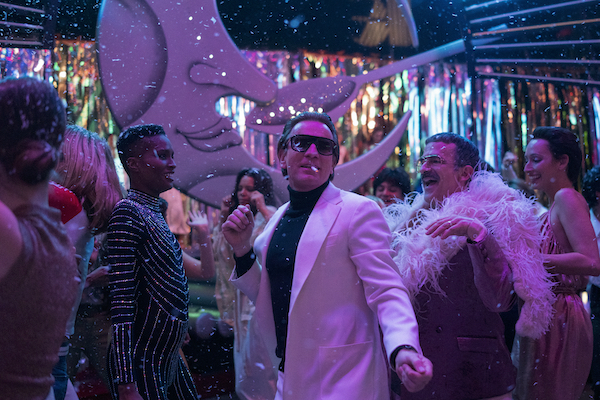 The latest from Netflix is an insider look into the life of fashion’s favorite designers. Halston premieres this May 14 starring Ewan McGregor.

The limited series trails Halston as he leverages his single, invented name into a worldwide fashion empire that’s synonymous with luxury, sex, status and fame, literally defining the era he lives in, 1970’s and ’80s New York — until a hostile takeover forces him to battle for control of his most precious asset… the name Halston itself.

If you need to geek out on facts about this series, here are some snippets of information behind the scenes.

1`. Ewan McGregor was so committed to the role of Halston that he spent time working with costume designer Jeriana San Juan closely learning her workflow as a designer — from moving through a workroom to mirroring where and how her eyeliner moved as she worked.

2. McGregor even learned how to actually cut and pin fabrics like Halston. When you see him cutting and pinning clothing in the show, that’s not a double — he’s actually doing all of the work.

3. McGregor also did a tutorial with one of Halston’s former favorite models, aka a “Halstonette,” who talked him through Halston’s specific process.

4. Prior to filming, McGregor met with Liza Minnelli to ask her questions about Halston before portraying him. It was important to him that she get to weigh in on his portrayal of her best friend.

7. Like his on-screen character Victor Hugo, Gian Franco Rodriguez is from Venezuela. Rodriguez researched Hugo thoroughly, and even met and interviewed one of Hugo’s real-life friends.

8. Costume designer Jeriana San Juan was so committed to recreating the way Halston’s clothing moved, she resewed the hems on the all dresses shown in the Battle of Versaille scenes so that they didn’t look too heavy and moved more freely during filming.

10. Rodriguez never thought she and Minnelli looked alike, but when she went to the audition wearing her fake Liza lashes and signature turtleneck with slicked-back hair, she was shocked by their resemblance.

11. Once cast, Rodriguez and the hair and makeup team worked closely to recreate Minnelli’s exact different looks over the years, even carefully building her exact signature eyelash shape.

12. Rodriguez is a long-time Minnelli fan and used to watch her “I Gotcha” performance from LIZA WITH A Z multiple times a day. She got to film the famous number on her last day of filming, and felt it was truly a full-circle moment.

« How to get a great-looking butt

On finding that perfect signature scent »