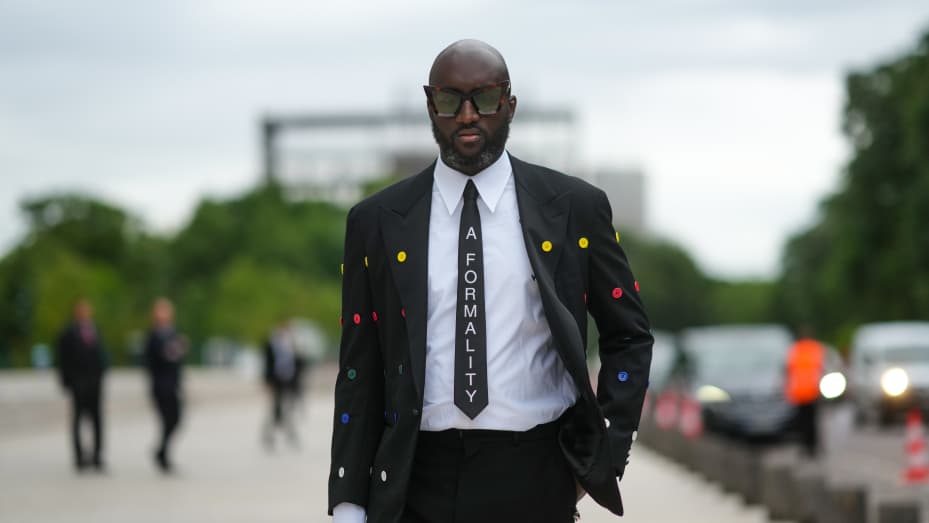 The family of Virgil Abloh announced via Instagram the passing of the designer last night. The fashion firecracker was privately battling cardiac angiosarcoma since 2019. Hopkins Medicine describes the disease as a rare type of cancerous tumor that occurs in the heart.

Immediately, friends and fans of Abloh–many of which are fashion and entertainment’s biggest names–expressed their condolences and their grief.

Models Gigi Hadid, Bella Hadid, and Kendall Jenner shared backstage photos along with memories of their red carpet moments with Abloh, showcasing how he was indeed an inspiration for these muses.

Drake, who namechecked Abloh in the song “Life’s Good” and how the designer created a custom Patek Philippe for him, wrote, “My plan is to touch the sky 1000 more times for you…love you eternally brother.”

Pharell took a spiritual approach to his grief.

Kris Jenner wrote a simple message to the designer and his family.

Top culture and fashion news purveyor HighSnobiety explains much of what Abloh meant to the industry through the words of their EIC Thomas Bettridge.

Abloh was 41. In 2012, he established the Milan-based label Off-White that sent a frenzy through streetwear fashion culture that quickly established his name in the mainstream. In 2018, he became the first person of African descent to be the lead artistic director of Louis Vuitton’s menswear ready wear line.

Pick up a new beauty skill »

It’s time to get serious about hand care

Makeup and mold: How to keep the fuzzies away