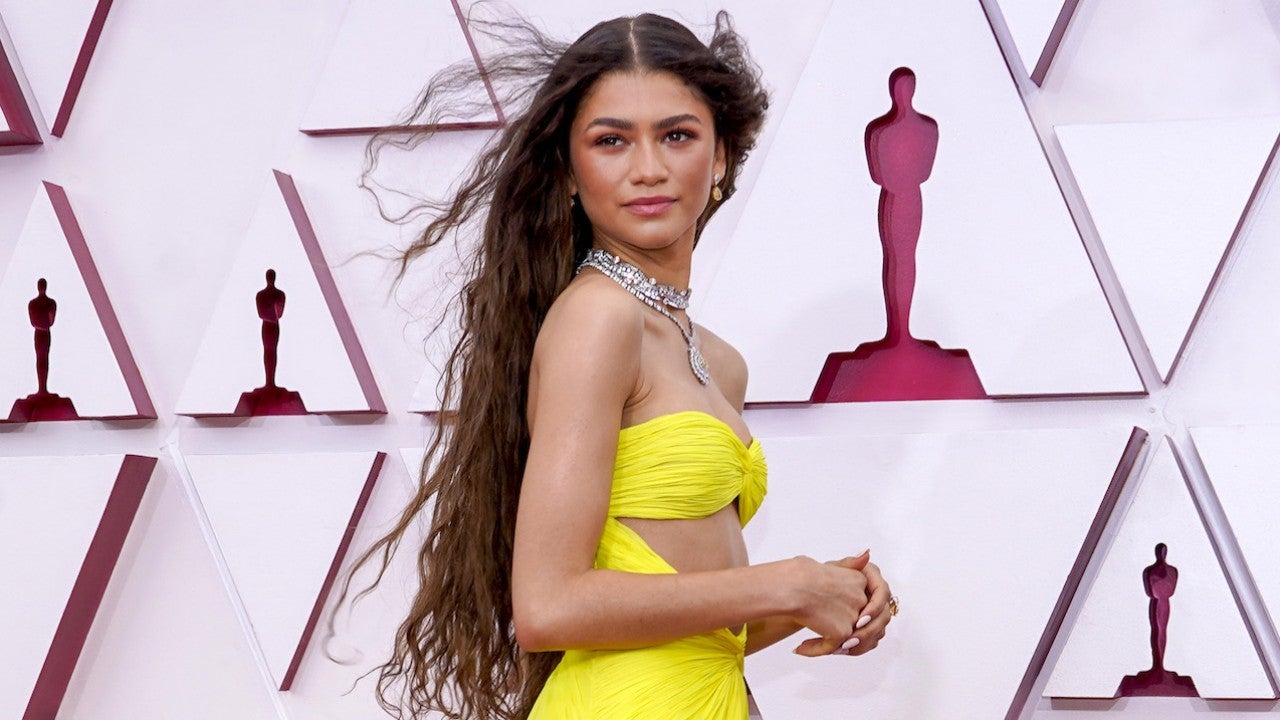 Oscars 2021 had one mission: Bring back some of the red carpet glamour we’ve missed in the past year. The plan delivered well. My favorite from the roster, however, is Zendaya.

The look drew from Cher’s yellow jumpsuit that she wore on The Sonny and Cher Show. It also is a nod to Cher’s Bob Mackie look when she attended the Oscars in 1973.

Stylist Law Roach shared on his Instagram how the singer and Oscar-winner herself is a “constant inspiration.” Roach also notes how he and Zendaya have a good relationship when it comes to creating ensembles. He tells Harper’s Bazaar, “It’s such a collaborative process…She trusts me to bring her the things that I think are the best and that really suits her and really speaks to who she is as this fashion phenom.”

There’s first the dress. It’s a custom Valentino gown by Pierpaolo Piccioli in a beautiful canary yellow. The color, by the way, is something that is very much on-trend for this spring/summer.

But Roach says the star of the show is the jewelry. Zendaya wore $6 million worth of bling from Bulgari. The necklace is a piece from Bulgari’s upcoming Magnifica collection, that has two diamond collars with a removable center brooch and tassel, complete with a yellow, six-carat cushion-cut diamond. As for the earrings, they feature yellow diamond teardrops. Zendaya also wore two diamond rings, one that has an intense yellow diamond and another with an emerald-cut stone.

Roach also shared to Harper’s Bazaar why jewelry was the focal point for the look. “ When it was time to just try jewelry on, there was a piece that Zendaya was absolutely in love with, that we had saw at a little preview. We went to the store about a week ago, and so we saw it, and she said, ‘Oh my God, this is incredible. This could be the one.'”

He also notes the ingenuity in the designs, “One of the cool things about Bulgari is that the jewelry always has a little secret. Things can be taken off and things can be added, and I think we just started playing…It’s all about layering and piecing together all the jewelry in a way where it just feels really seamless and organic.”

When it came to makeup, artist Sheika Daley kept it lowkey, wearable, and used only Lancôme products, given how Zendaya is an ambassador for the brand. It celebrated Zendaya’s natural features.

There’s first the prep with a sheet mask and serum and applying base makeup. Allure then reports that Daley used shades from Hypnôse 5-Color Eyeshadow Palettes in Terre De Sienne and French Nude.

For the lash lines, Daley used the Le Crayon Khôl in Black Coffee. When it comes to lips, Zendaya has on the Le Crayon in Nude and Juicy Tubes in Raspberry Cool.

Larry Sims is hairstylist behind Zendaya’s tresses, which some publications have dubbed as the red carpet version of “lived-in, quarantine hair.” Sims is a big fan of Gabrielle Union’s hair care line Flawless. He also did Regina King’s sleek bob for the awards ceremony.

When it came to the shoes, Zendaya wore a pair from Jimmy Choo with a six-inch platform and is similar to the Maxie style that you can get for $950 at Farfetch.

« The Beauty Looks that Slayed Oscars 2021

How to get a great-looking butt »