Dissecting the fashion of “Rain on Me” 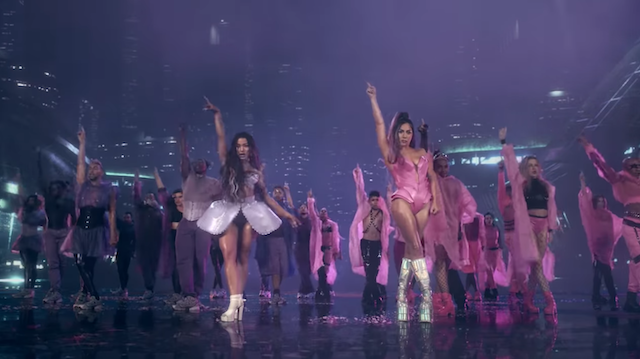 The long weekend had a fitting soundtrack: “Rain on Me” by Lady Gaga and Ariana Grande.

As with a lot of Lady Gaga music videos, “Rain on Me” was a visual treat. The fashion direction was led by Nicola Formichetti.

Let’s talk first bodysuits. Lady Gaga and Ariana switched out among different skin-tight numbers while they showed off dance moves.

The dramatic opening shot starts with a pink and gray latex suit by Vex Clothing.

When Ariana comes in, she’s wearing some wings. These are from RaveLand.

The boots are from Club Exx Clothing. Her second sets of corsets are custom-made by designer Michael Ngo. He collaborates often with Ariana but also with Jennifer Lopez, Lizzo, Kesha, and Camila Cabello.

For Gaga’s drip bodysuit, they tapped SSIK. The brand is a favorite among drag queens like Jan, Trinity the Tuck, and for entertainer Amanda Lepore.

On top of this is a Jivomir Domoustchiev body harness.

Her next look was by designer Garo Sparo. This designer is a favorite by Doja Cat, and Miranda Lambert.

Crazy, right? And we haven’t talked about hair nor makeup. But what can I say? Trust that when it comes to Lady Gaga, a music video is a complicated production and a one-of-a-kind fashion show.

What is the #PullUporShutUp challenge?