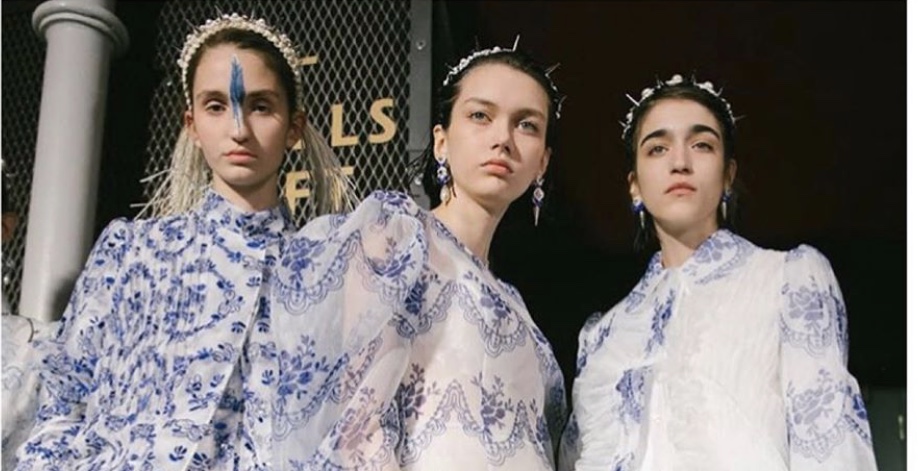 I blinked only to realized it’s the end of London Fashion Week. I’m still going through a few looks from #NYFW but as with everything else in fashion, one must move and adapt quickly.

The London runways showed off a lot of surprises.

At Burberry, ’00s model of the moment Agyness Deyn was spotted once more while a blonde Kendall Jenner was seen. The clothes spoke of Riccardo Tisci’s unique ability to combine the trendy with timeless tailoring.

Rising brand Molly Goddard didn’t fail to catch attention. Her signature preference for volume is present and continuous to show her unique pattern-making techniques. Something new to her fare is denim, promising that Molly Goddard is just about getting started.

I can’t talk about London Fashion Week without mentioning Victoria Beckham. The woman continuos to grow her line and it’s a fascinating journey. She’s owned up to being a designer for the modern woman. Vogue says it all as the describe Beckham’s aesthetic as something “enveloping women in empathy, attainable easy-chic solutions, and the charming force field of her self-irony.”

Always expect something uncanny from JW Anderson. A simple shirt needs an asymmetric cut, a flowy dress needs distracting elements or a touch of lamé. It’s simple but also so good.

There is always fantasy in Simone Rocha’s runway. She tells stories that may be obscure to mainstream sensibilities but the effect is universal. A lot of curiosity and wonder floats about her creations and that was exactly the case again this season. She shared to Vogue this inspiration for her SS20 ready-to-wear offering, “I was thinking about the Irish wren-boys, who go hunt and kill a wren on St. Stephen’s Day in Ireland—punkish boys who go knocking on doors, kind of like trick-or-treaters.”

8 of the most fashionable moms

Here’s how to prepare for life post-quarantine

This bear has some serious street credentials

Trusting the ceremony of a good bath