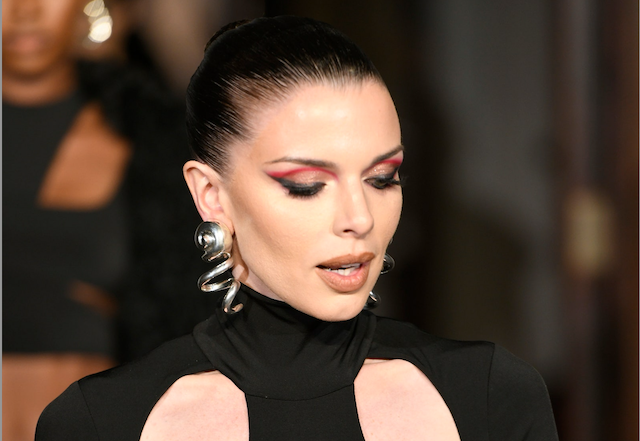 New York Fashion Week started off with a viral moment as Julia Fox made her runway debut. The Uncut Gems muse walked for Laquan Smith in what is dubbed as the ultimate revenge dress.

The actress saw herself on the runway right after confirming her split from controversial boyfriend Kanye West. Her makeup screamed femme fatale  to match the revealing and body-hugging dress.

Vogue reports on the makeup look created by makeup artist Sheika Daley. Daley shares how the inspiration is all about ’90s Barbies. “It’s a very strong, fierce cat-eye with a hint of red silhouettes from behind—giving it a red-backlit effect,” she shared.

For hair, slicked and sexy was the game plan. According to hairstylist Lacy Redway, “Everyone’s hair should be sleek and clean. We’re not using a ton of hair extensions on this look; we’re just going with everyone’s natural hair type and texture.”

To achieve this was through a mix of She used a cocktail of TRESemmé stylers. It’s all about the Laquan Smith girl ready to take over the world.

Inside the Officine Universelle Buly flagship in Paris