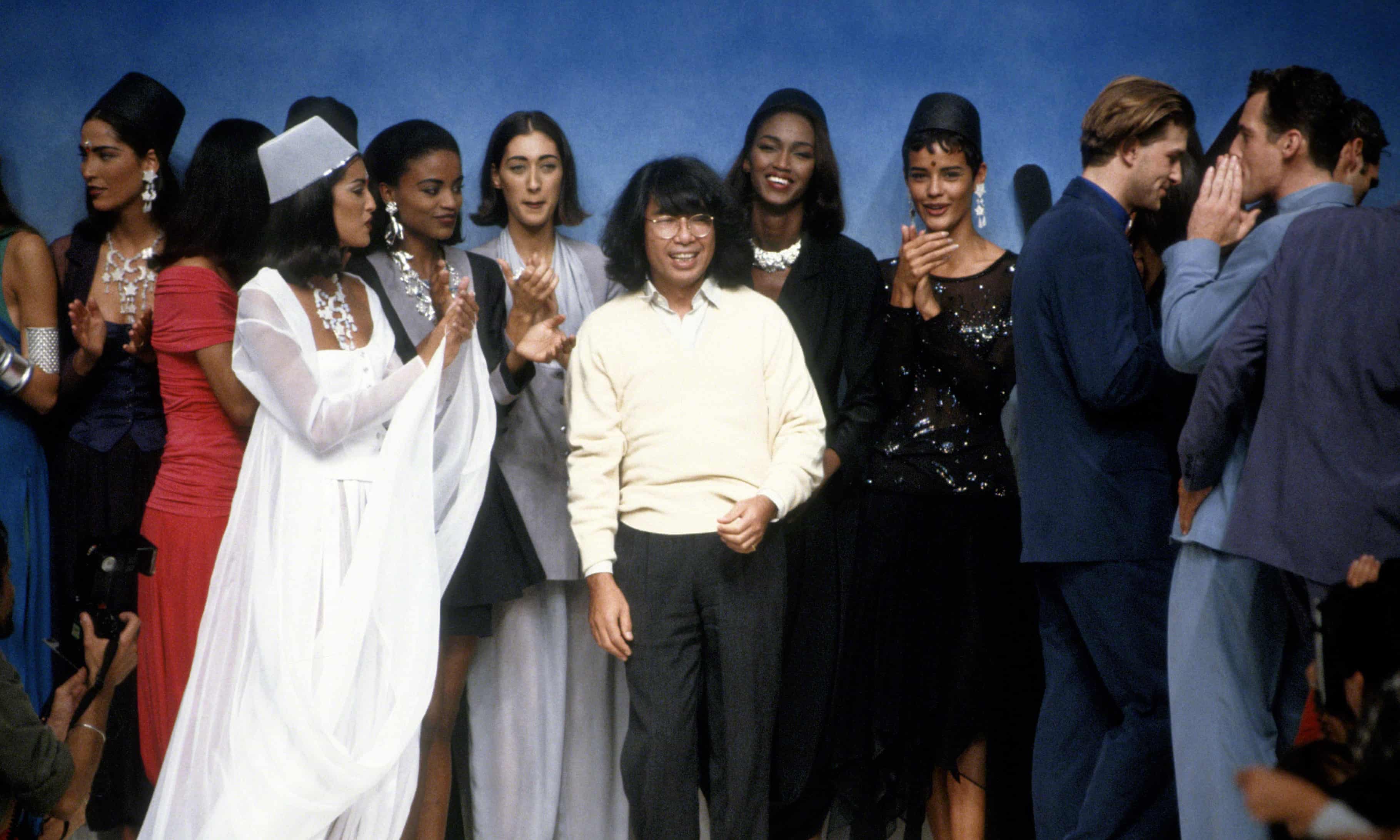 In fashion, those who make a mark are those who dare to go beyond convention. In ’70s Paris, it was Kenzo Takada. And today in 2020, the brand he left behind remains the benchmark for creating welcome fashion disruption.

From the beginning, he swayed from the norm. Financial Times reports on him saying of his career path, “Men weren’t allowed into design schools. Being creative was not accepted in Japanese society in the 1950s. And more than anything, my parents opposed the idea of me working in fashion.”

That didn’t stop him.

The fashion designer (who died in October) moved to the French capital from Japan, without knowing a word of the local language, in 1964. He started out working at a poodle parlor. In an interview, he gave details of a physical voyage that enriched his visual library.

Guided by some luck, intuition, and perhaps destiny, Kenzo opened his shop on Galerie Vivienne and had his first show in Paris in 1970. This period was dominated by Parisian chic at that time—white and black ensembles.

Kenzo didn’t want any of it.

He wanted psychedelic prints, lots of flowers, jungle patterns, oversized fits, clashing color schemes. “From the vintage kimonos he picked from the flea markets of Tokyo, Takada adopted flat cuts and loose fits for his pieces to liberate female figures from the tightly tailored garments of the time,” reported Japan Times on Kenzo’s approach to fashion.

The brand represented a bold new look. Kenzo paved the way for Japanese design to take over the international stage, with dancing models and unorthodox muses to boot. He presented traditional elements with various elements, ahead of, or rather dictating, the zeitgeist.

In 1983, Kenzo debuted his menswear line. By that time, his label was synonymous with the tiger print. He would move on to experiment on what would be the seedlings of today’s trends, like “cottage core.” Kenzo would continue to grow with a children’s line and perfume.

The designer left the brand in 1999. His spirit and innovative way still guided the house, seeing them through the aughts and until today. The brand collaborated with H&M a few years ago, seemingly carrying the ethos Kenzo declared once: “Fashion is not for the few, it is for all the people. It should not be too serious.”

Today, Kenzo breaks through with new accomplishments. The label opened its first retail store in the Philippines this year at The Shoppes in Solaire Resort & Casino. You get a fully immersive experience with the men’s and women’s collections.

In the ’90s the brand housed a successful line of perfumes. By 1993, Kenzo would be acquired by LVMH.

Artistic director Felipe Oliveira Baptista instills a new dynamic and confirms the development of its potential. “Driven by a creative vision combining aesthetic requirement and functionality, in line with the House’s DNA,” reads the statement on the artistic director. “Felipe Oliveira Baptista is defining a new chapter in the history of the brand, while respecting its unique heritage.” INQ

Celebrating one year of Versace Philippines

Who is Gabriela Hearst? Get to know Chloé’s new creative director »

Who is Gabriela Hearst? Get to know Chloé’s new creative director