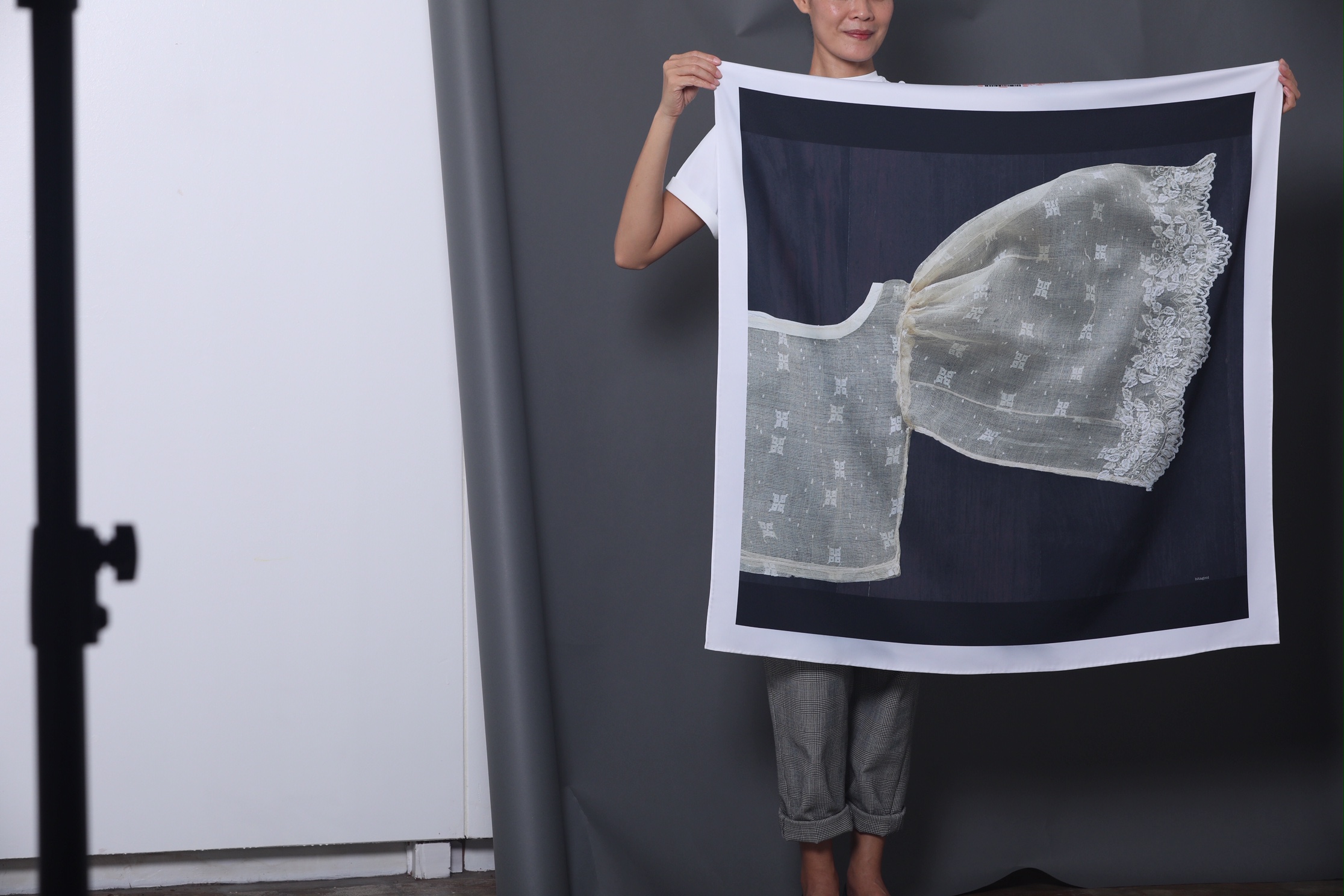 If there’s one person who always makes the Manila fashion and art scene interesting, it’s Jo Ann Bitagcol. You could say she’s one of the original cool girls before “cool” became a word that saturated our vocabulary. An influencer before Instagram came to be, and would still be one if the app were ever to shutter.

At this year’s Art Fair Philippines, Bitagcol’s artworks were up for display. In a fashion show, she’ll be there. Count on her to still be either donning a designer’s opening look, or being the statement last look. Or both.

Bitagcol also has the innate instinct to keep evolving and to keep on doing something new. This time around, it’s printing her photographs on scarves. It started out with a creative slump, Bitagcol admits. “I wasn’t doing anything. Bored. No rackets. Slow months.”

She then found a little push from designer Joey Samson. “He encouraged me to join and sell prints. I messaged Rhett Eala, who organizes the pop-ups for Manila Design Collective if I could join the next pop up. And he said yes.”

She didn’t want to do the usual thing, though, which is printing her photographs on paper. “I thought of combining them with fashion, something you could use as well.”

The spark led Bitagcol to re-connect with SLIMS schoolmate Vanessa Pinlac. “She used printed fabrics to one of her projects.” After trying out different suppliers, Bitagcol found her photographs look the best on satin material, over T-shirts and totes.

Now that was settled, Bitagcol looked through her previous photographs and found the ones she liked best on scarves were the ones that meant something significant to her. “I discovered outtakes from a book project with Gino Gonzales and Mark Higgins.”

Featuring the meditative images on mementos of the past: a baro, a luxurious vanity set, and brooches, Bitagcol re-iterates them with new life. I could see this scarf hanging from the wall like a piece of art. I would also not mind just using it every day, as Bitagcol intended. The project is called ‘Baul Collection,’ aptly titled how Bitagcol went through her past and created a new twist to a classic accessory.

To settle my indecision, I’ll probably snatch up two scarves. And fast. Because I have a feeling, Bitagcol’s got something new soon enough.

8 of the most fashionable moms

Here’s how to prepare for life post-quarantine

« How to get salon gel nails sans the UV lamp

In beauty, always have something new and something you’ve always loved »

This bear has some serious street credentials

Trusting the ceremony of a good bath