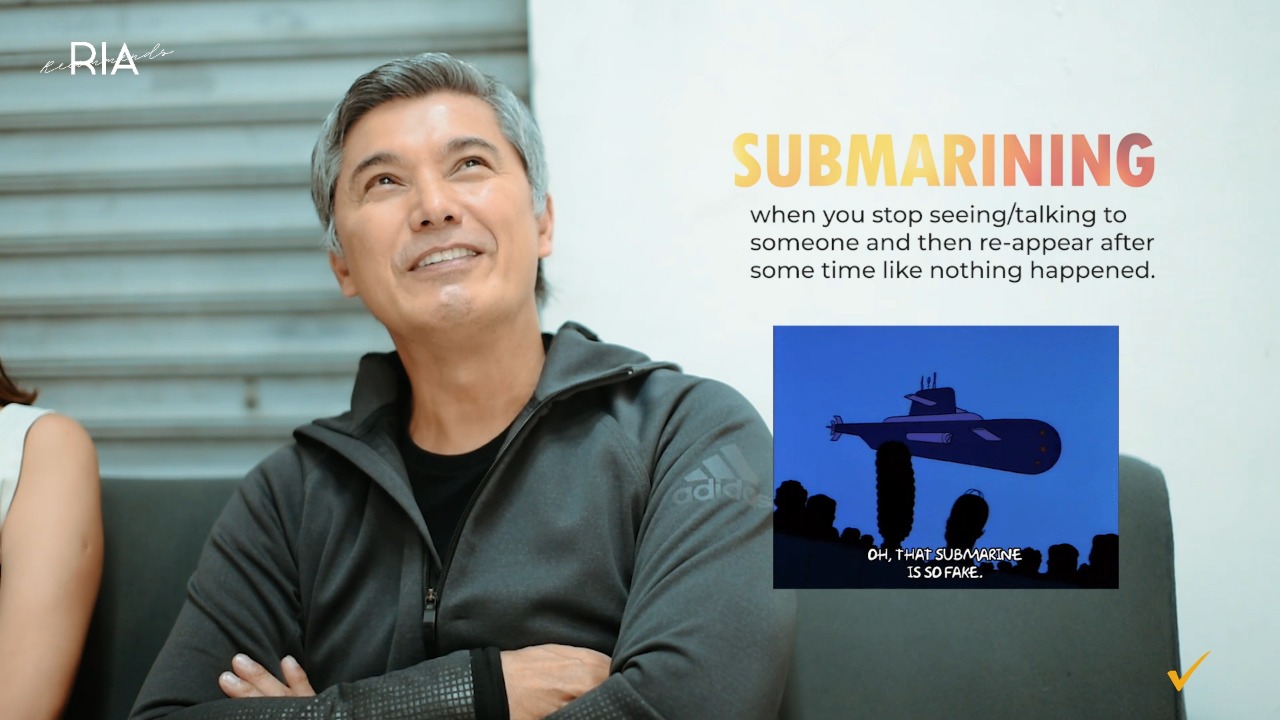 We owe it to meme culture why our a few nuances in dating now have funny names. Instead of giving long descriptions, we’ve replaced them with one word that vividly captures the experience.

So for example, when a person who used to message and call you all of a sudden disappears only to text you again out of nowhere it’s called submarining.

Using it in a sentence makes the conversation more efficient, moving on to the nitty details. “He’s submarining. I don’t know why he suddenly messaged me on WhatApp like I wasn’t busy with another date?”

Other terms have become so popular, they’ve morphed into various references. Ghosting is not just a term, it’s a phenomenon. Katy Perry experienced it with Russel Brand and reportedly Leonardo DiCaprio experienced it from Blake Lively.

Whenever you feel bad about no longer hearing from a suitor all of a sudden, just think that if can happen to them, then it’s all going to be okay.

What’s not okay is when your date gives you teasers all the time but never commits. Let them know that they’re not Kylie Cosmetics. Breadcrumbing is acceptable when you’ve got a big launch coming and you want people to keep tabs on you when you make your big release date. Otherwise, don’t bother with a person who is just stringing you along and teasing you with empty promises.

Be also are of those who are guilty of orbiting. Unless your Saturn, having men orbit around you without making true contact isn’t going to get you anywhere. Come in, Houston.

Be also self-aware of some dating faux pas you might be doing. You might be guilty of shaveducking. Facial hair on a man can be hot, but will you still like him when it gets hot and he decides to shave it off?

If you want to know without him suspecting it, perhaps take a look through his past Instagram posts for his pre-beard photos. Just don’t overdo looking through his social media past that you can tell where his mother’s best friends son went on vacation three years ago. That’s called free climbing

For guys, do us a favor, and shave your beard once in a while. Let us see the clean-shaven you. You don’t want to accused of hiding the real you through facial hair because that’s also what shaveducking means.

Draking is barely okay when Drake does it. So what makes you think you can pull it off? Much is to be said about softboys who hide under the cover of sentimentality. Then again, it’s hard not to be a Drake when there are so many other there who are taking turns entertaining many suitors. Those people are better than a basketball coach at benching.

Now that’s you’ve brushed up on these terms, how did you think Albert Martinez fared when we quizzed him about it? Watch the video below!

WATCH: Lovi Poe still can’t believe she’s one of the most fashionable celebrities

« #KobeforHM: Kobe Paras is the newest MVP of H&M