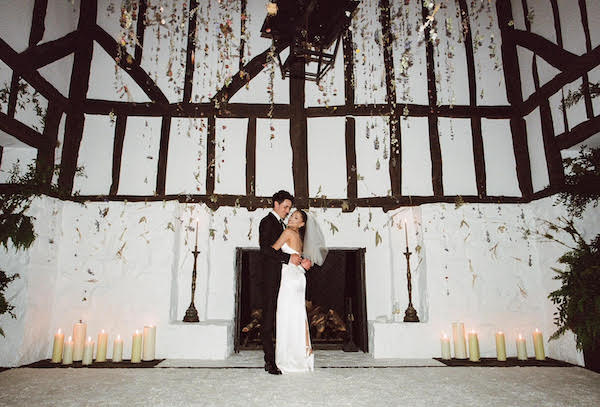 A bombshell landed on our feeds as we were scrolling early this morning: Ariana Grande’s wedding photos. What was but a news story earlier this week is now with photo evidence.

Ariana posted the photos taken by Stefan Kohli. The photographer has worked with the artist previously along with brands and titles like Nike, LANY, Tidal, HP, NBA, American Apparel, Corona, SSENSE, and Teen Vogue.

Kohli captions his post with a message to Ariana: “magic !! honored to have captured these moments – love you both and a million congrats 🤍”

When it came to the dress, it was a Vera Wang Haute creation. Vogue reports this: “At the Met gala a few years ago, Ariana and Vera had made a very important pact: On fashion’s biggest night, Vera promised that when the time came, she would create Ariana’s wedding-day look…and the iconic designer delivered.”

The final result was a custom empire-waist column gown with a sculpted neckline, an exposed bra-strap closure, and a plunging back made of silk charmeuse.

Shoes were the SS’21 ‘TARIFA’ Custom White Satin Close-Toe Platform by Giuseppe Zanotti. You can get a pair for yourself via the website!

Lorraine Schwartz brought the bling with custom diamond and pearl earrings. One pair had the diamond on top, while the other pair was the reverse. It’s in the spirit of Ariana’s mantra of how life’s upside-down moments make her the person she is today.

Hairstylist Josh Liu, who is behind Ariana’s signature ponytail with his hair accessory company útiles beauty, went for a half-up, half-down look

Nails are by @nailnanatomy, a freelance gel manicure and get extensions artist in Los Angeles. The artist also worked on Ari’s nails for her “positions” video.

Styling was Ariana’s creation with Mimi Cuttrell, who is always behind the popstar’s looks.

The ceremony happened in Ariana’s Montecito, California home. Only 20 people were present. Ariana walked down the aisle with her mom Joan Grande and her father Ed Butera.

Pucker Up: The latest in lipstick »