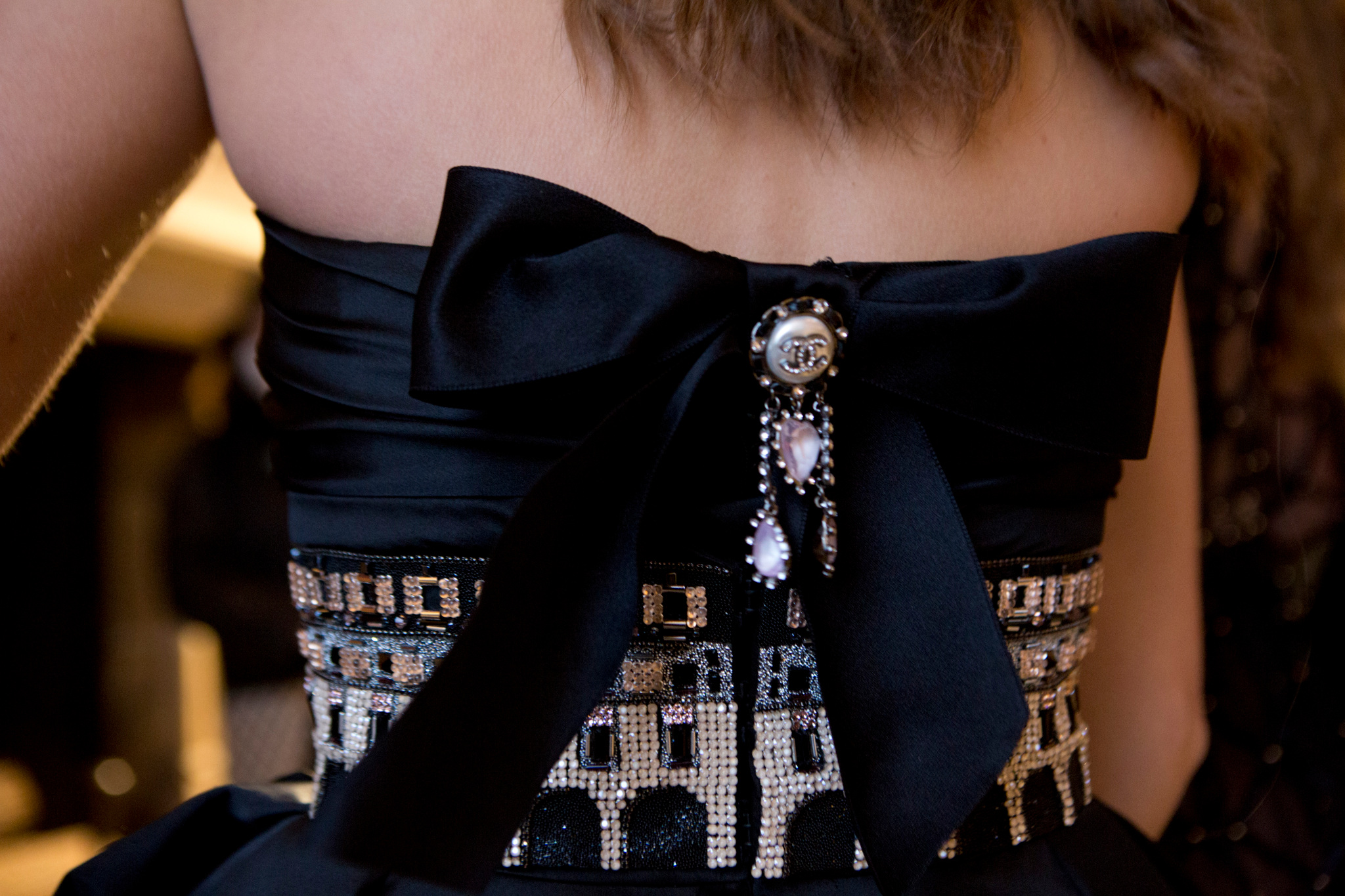 With COVID-19 restrictions and the second lockdown in France, Chanel’s Métiers d’art Collection was meant to stick a theme the showcased its beginnings. Hence, the venue: Château de Chenonceau.

Known as the “Château des Dames”, it was an “obvious choice” for Virginie Viard. “It was designed and lived in by women, including Diane de Poitiers and Catherine de’ Medici. It is a castle on a human scale. And Catherine de’ Medici’s emblem was a monogram composed of two intertwined Cs, just like that of Chanel.”

The show was shot last Tuesday with Juergen Teller. Exclusive materials are privy only to those with an invitation. The actual show saw a cast and crew of 300, with one guest: actress Kristen Stewart.

The 2020/21 Métiers d’art Collection showcased every classic element Chanel was known for. Black was a nod to de’Medici and to Poitiers. The former wore the color after the death of King Henry II, while the latter favored it for her daily garments. WWD reports, “It was a favorite look of Coco’s, too, as witnessed by a memorable photograph of the designer by George Hoyningen-Huene. Viard paid homage to both by putting a graphic white collar on a pencil-straight black coat that flared out into an asymmetric hem, but she balanced out the more austere silhouettes with opulent tweeds and cozy knits in rich rusts and wintry grays.”

Kristen Stewart psyched herself up for the show by watching Reign. The show is about Mary, Queen of Scots. Kristen shared, “I was learning about who’s lived here and who’s loved this place, and it’s shifted hands primarily between women. And I was just telling Virginie, it felt like the story was folding in on itself. The women who lived here before were really into art, and promoted a lot of creativity, and loved to be inspired and inspire other people to come create, and I was imagining who our characters were while watching the show.”

Chanel’s Métiers d’art Collection proves to be a commercial hit since it was made available in stores last July. Chanel executive that this latest collection won’t be an exception, and will be popular with their clientele.

Celebrating one year of Versace Philippines

Skincare and scalp health solutions for your Holy Grail collection »

Who is Gabriela Hearst? Get to know Chloé’s new creative director